How Does a Heat Pump Work 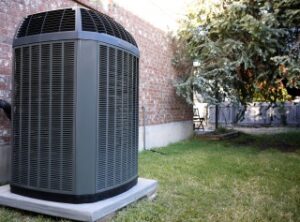 The most frequently used heat pump is the air-source heat pump that transfers heat between your house and the outside air. Air-source heat pumps have been in use for many years, but there was a problem with the heating system in subfreezing temperatures. Advancement in technology has resolved the problem heat pumps had with icing up in very cold temperatures. The HVAC contractors in Hampton, GA, tell customers planning new construction or HVAC conversion that high-efficiency heat pumps can reduce their electricity use for heating by approximately 50 percent. Standard compressors operate constantly at full capacity. The heat pump has a two-speed compressor. The two-speed compressor allows the heat pump to operate with the capacity needed at any particular moment. This not only saves electrical energy, but reduces compressor wear. Two-speed heat pumps also work well with zone control systems found in larger homes.

During the summer cooling season, the heat pump moves heat from your cool house into the warm outdoors. The heat pump has four main components: evaporator, compressor, condenser, and expansion device. The working fluid that passes through all those components is a liquefied gas refrigerant. In the summer, the compressor receives cool, low-pressure, refrigerant vapor. It then pumps the vapor into the high-pressure side of the system, which heats the gas vapor. Altering the pressure and heating the vapor, makes the vapor very cold. Hot, high-pressure gas now travels through a routing valve, known as the reversing valve, to the outside coil which functions as the condenser. In the condenser, the heat is removed from the refrigerant by the outdoor fan causing the refrigerant to condense back into a liquid. 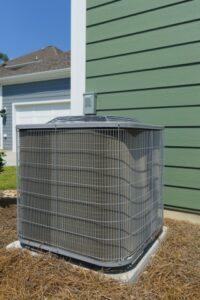 During the winter heating season, the process reverses, and heat pumps move heat from the cool outdoors into your warm house. This sounds strange, but remember that for the evaporator, now outside, to absorb heat, it must operate at temperatures lower than the outside air. This very low operating temperature allows ice or frost to accumulate on the outside of the evaporator. The remedy is a defrost cycle. The reversing valve switches the refrigerant path back to that of the summer mode until the ice or frost is gone. Then the defrost cycle is terminated and resumes its normal heating season path.

Although any mechanism with movable parts has the possibility of breakdowns, the least costly HVAC repair is ductwork-related. Ductwork-related repairs are typically less costly than replacing your entire heat pump. Common ductwork-related problems include poor air flow, condensation, and odd noises.