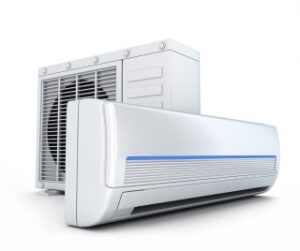 There are several air conditioning services in Conyers, GA, to choose from, and various air conditioning systems to decide upon, once you’ve chosen the right service for you. Determining which system will best fit your needs depends on numerous factors, such as the size and amount of heat typically generated in the space that requires cooling. The four most commonly used types of air conditioning in Conyers and in general are: Window, Ductless, Portable, and Central air conditioners.

Window air conditioners (also referred to as unitary air conditioners) are typically utilized to cool single rooms. As the name suggests, they’re either fitted to a windowsill or a prebuilt slot in a wall. This unit consists of a single box containing all of the AC components. It blows cooled air into the room from the internal end of the unit, while expelling warm air out of its external end.

The ductless air conditioner (also referred to as the packaged terminal AC or split system) is composed of an indoor and an outdoor unit. The indoor unit contains the cooling fan and evaporator, while the outdoor unit houses the condenser, compressor, and expansion valve. These air conditioners generally take up far less space than window air conditioners, and unlike window AC systems, they don’t require a prebuilt slot in the wall to be installed. 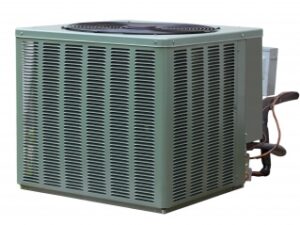 Portable air conditioners are mobile air conditioning systems intended to be placed on the floor inside of the room to be cooled. A variation of the unitary air conditioning system, this unit releases heat via a hose vent in its exterior wall. Unfortunately, these units have a reputation for generating a great deal of noise. However, they’re also known to be quite successful in rooms that are otherwise impossible to cool.

Central air conditioners are composed of a large compressor and two separate packaged units (a condensing unit and an internal evaporative unit). The condensing unit sits outside of the building that’s being cooled and contains the compressor, condensing fan, and condenser coil. The internal evaporative unit is placed in the plenum of your furnace, unifying your air conditioning and heating systems’ ductwork. It houses the expansion valve and evaporator coil.

Installing unitary systems like window air conditioners in multiple rooms within a single, sizable building can be inefficient and costly. For this reason, Central air conditioners are used most often to cool large spaces like hotels, department stores, and movie theaters.